Vascular Disease is not a Modern Disease 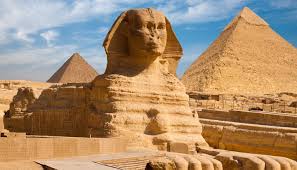 Vascular disease is not a modern disease. Computed tomographic (CT) imaging studies has found severe peripheral vascular disease in ancient Egyptian mummies. The burden of this disease in antiquity, occurred in mummies in approximately the same rate  in large arteries as in modern populations.  Investigations were made of a small series of feet belonging to six ancient Egyptians, with one case of particular interest as it provides evidence of an amputation of the big toe, probably related to peripheral atherosclerosis. 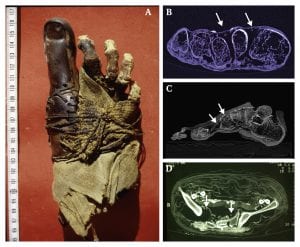 A high prevalence of atherosclerosis in ancient Egyptian mummies (up to 38%), particularly in younger females has been previously described. This parallels the findings in other ancient cultures.  However, those data refer to large arteries of the body but not the most peripheral arteries of the foot, which we see more commonly associated with diabetic disease which closely reflects a modern disease pattern.  Vascular disease was present in half of the cases (three of six). In conclusion, it is confirmed that PAD of the foot in ancient Egypt was a common finding.

Previous investigations suggested a mixture of genetic, individual, and environmental causes for the atherosclerosis and identified, for example, inhalation of smoke, chronic systemic infections, and genetic predisposition.

Ponosh Vascular will be closed for the Holiday Season from close of business Wednesday 22nd December. We will ...

We are very proud to announce our new facial aesthetics clinic is coming to our specialist rooms very soon! Le...

With the WA COVID lockdown commencing Sunday 31st January at 1800 : All consultations at Ponosh Vascular wi...